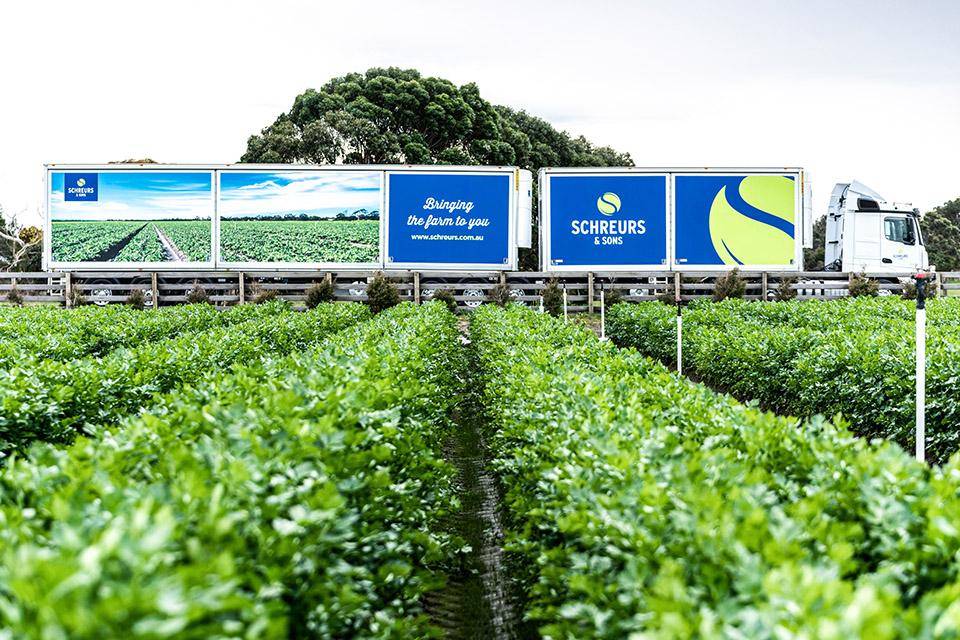 Schreurs & Sons is a third-generation farming business that is 100 per cent Australian family-owned and operated, specialising in celery, leek and baby leaf lines (including spinach, rocket and snow pea tendrils). With seven properties, spanning in total over 1,000 acres, it is one of the largest suppliers of celery in Australia and also serves international markets.

As they don’t have loading docks on any of the farms, they needed an efficient and safe solution that not only maintains the integrity of the produce (particularly on warm days), but also achieves minimal turnaround time between locations.

Chris compared a Slide-a-Side to other equivalent options available and believed Maxi-CUBE provided the best solution for his needs. MaxiTRANS’ willingness to work with him to ensure he obtained the most efficient set-up and best use of the Slide-a-Side design was a great contributing factor.

As for productivity, the Maxi-CUBE Slide-a-Side certainly pays off Chris comments.

“Moving from curtains where we would have to strap down the load, this process is now taking less than half the time with a Slide-a-Side,” he says. “In addition, we elected to purchase a B-double set which now takes our round trips from our main growing region in Tarwin to our production facility in Clyde from an average of three trips a day into two. So, the fuel and labour savings have been quite significant. Prior to investing in our new rig set-up, we were frequently using two drivers doing three-to-four round trips between these locations during our peak season.”

“With the fridges up and running over last summer, we were very surprised with how well the thermal insulation worked on the Slide-a-Side,” he says. “It has exceeded our expectations in maintaining temperature control. So, they have done an excellent job there.”

The Maxi-CUBE Slide-a-Side’s sliding doors, according to Chris, are an important feature. “They are designed well and work with minimal effort, which is naturally saving time, stress and strain on the operator. This in turn is also a great OH&S outcome.” 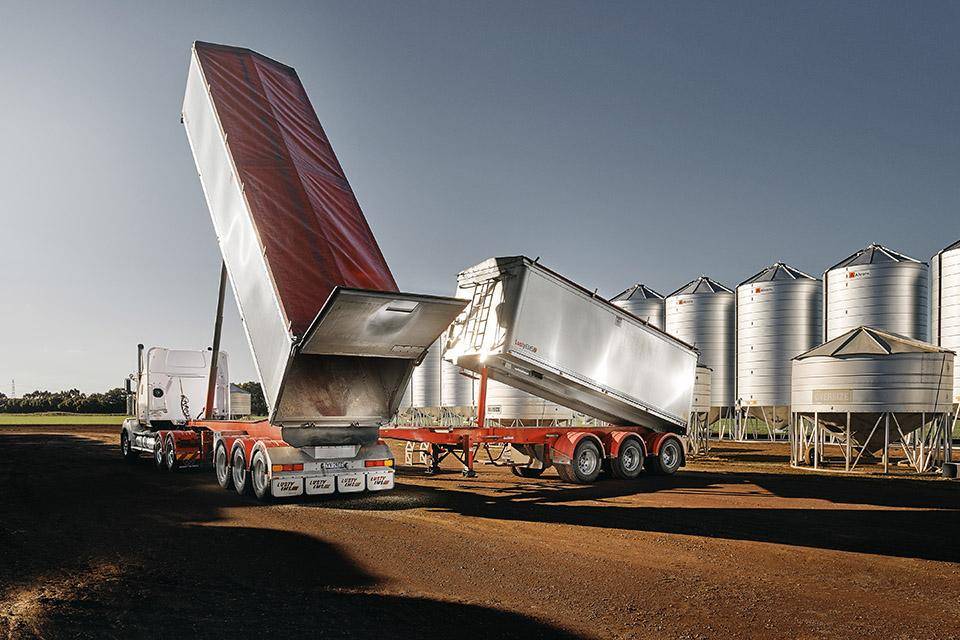 Operating predominantly in Victoria, along with some trips into New South Wales and South Australia, S&S Henderson specialises in the bulk transport of agricultural products – such as grain, hay, fertiliser and lime.

Based in the small town of Derrinallum in south-western Victoria, local crop farmer Scott Henderson decided to expand into the transport game in November 2011, purchasing a second-hand truck and trailer. With luck on his side, the Mallee region was experiencing an excellent grain harvest season. “That year I was able to really get a good foothold and make some good contacts, and the business started growing from there,” he says.

Within a few short years, one truck grew to two, and then three. “We started off really well and still try to keep local base, doing as much local work as we can. I have three exceptional drivers and saw an opportunity to expand. I was having to knock back work so saw the need to add a fourth B-double,” Scott explains.

In February this year, the business took delivery of its new Lusty EMS Stag B-double, and already it is achieving significant results. Key to the Stag’s design is its ability to unload both trailers without uncoupling, providing greater efficiency and productivity.

The Stag is achieving a maximum payload of 44.5 tonne, around half a tonne more than the other conventional B-doubles in the fleet, yet the big saving comes from its added capabilities.

Farm access has also seen a positive impact thanks to the Lusty EMS Stag B-double, which has a much greater turning circle than his other B-doubles. It can be hard work getting into some of the tighter dairy farms with the conventional B-doubles but with the Stag they have no worries, because it has the longer trailer at the front and less drag with the shorter trailer at the back. It’s given the business a bit more versatility and allowed them to be a lot more time efficient.

“With the time we’re saving from not having to couple and uncouple the trailers, we are gaining an extra load a week. It’s also a lot less physically demanding for our drivers. When using our conventional B-doubles, they have to unwind the legs, couple and uncouple the trailers, which is a lot more work. We cart a lot of lime locally, so the driver could be doing up to three loads in a day. A lot of time is wasted having to hook and unhook trailers, so we’re saving around an hour a day in wages too, and over the course of the month that adds up, so it’s a big saving,” Scott adds.

“This is the first Stag I’ve ever bought and I’ve been very impressed with it. It’s resulted in big savings so I’m glad I’ve gone for this option. I’m very, very impressed,” says Scott, revealing plans to add another identical Lusty EMS Stag B-double in the near future.