Bentley Group Invests In a Versatile All Rounder with Freighter 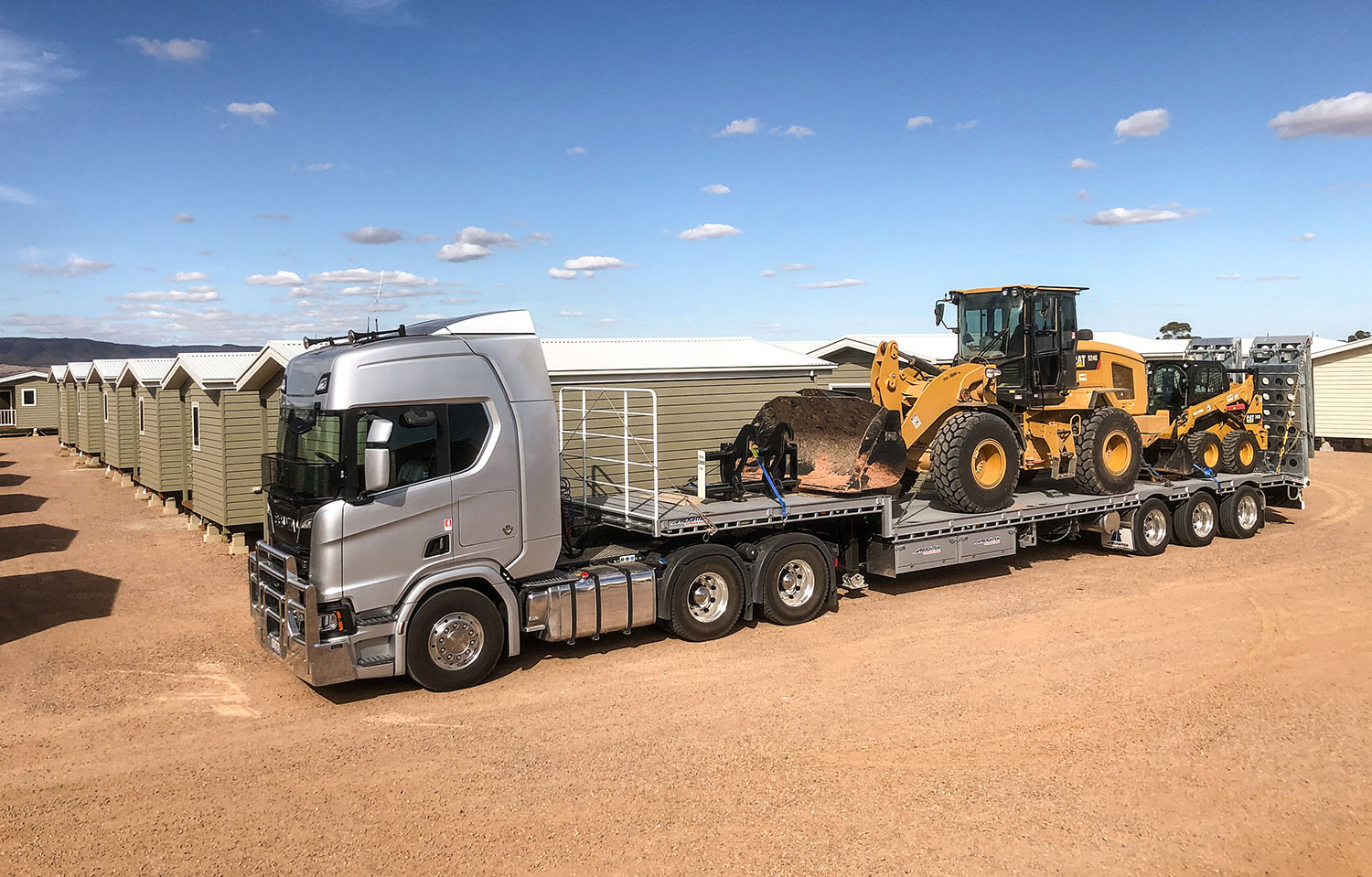 Hauling more than 60 state-of-the-art residential suites to a new cabin park in South Australia is one of the many freight tasks Bentley Group will be assigning its new purpose-built Freighter Drop Deck Semi. The multi-purpose trailer is later planned to make its way around the Company’s other business divisions, providing great versatility for its varying operations.

Following the success of its Port Pirie venture, Bentley’s Cabin Parks will be soon opening its new fully self-contained accommodation park at Port Augusta. Part of the Bentley Group, the cabin park division was first set up in 1995 when founder and Managing Director, Hayden Bentley, set up four cabins inspired by his travels around Australia with his family.

Bentley Group is a diversified business that is involved in farming, hospitality and construction. The new cabins for the Port Augusta site are being built at the company-owned construction yards based in South Australia. To transport those cabins Hayden recently invested in a new Freighter Drop Deck Semi with ramps, from MaxiTRANS.

“We have bought aluminium tippers from MaxiTRANS previously and in February we picked up a new multi-purpose Freighter Drop Deck Semi trailer. We had the trailer purpose-built to suit our specific needs. The cabins we transport with the trailer are one or two bedroom, with the longest of them around 10.3 metres long, so we wanted the base of the deck to be 10.5 metres so the cabin could fit on it. Its bi-folding ramps were made removable to make it easier to put the cabins on and off. We even had it colour-coded to match our new prime mover so it looks nice on the road as well,” Hayden says.

Although this trailer was made to suit Bentley’s Cabin Park’s specific purposes, it is a general-purpose trailer as well. As a result, it will also be used to transport various types of loads including heavy machinery for the Company’s other farming and construction equipment such as bulldozers, loaders and graders. 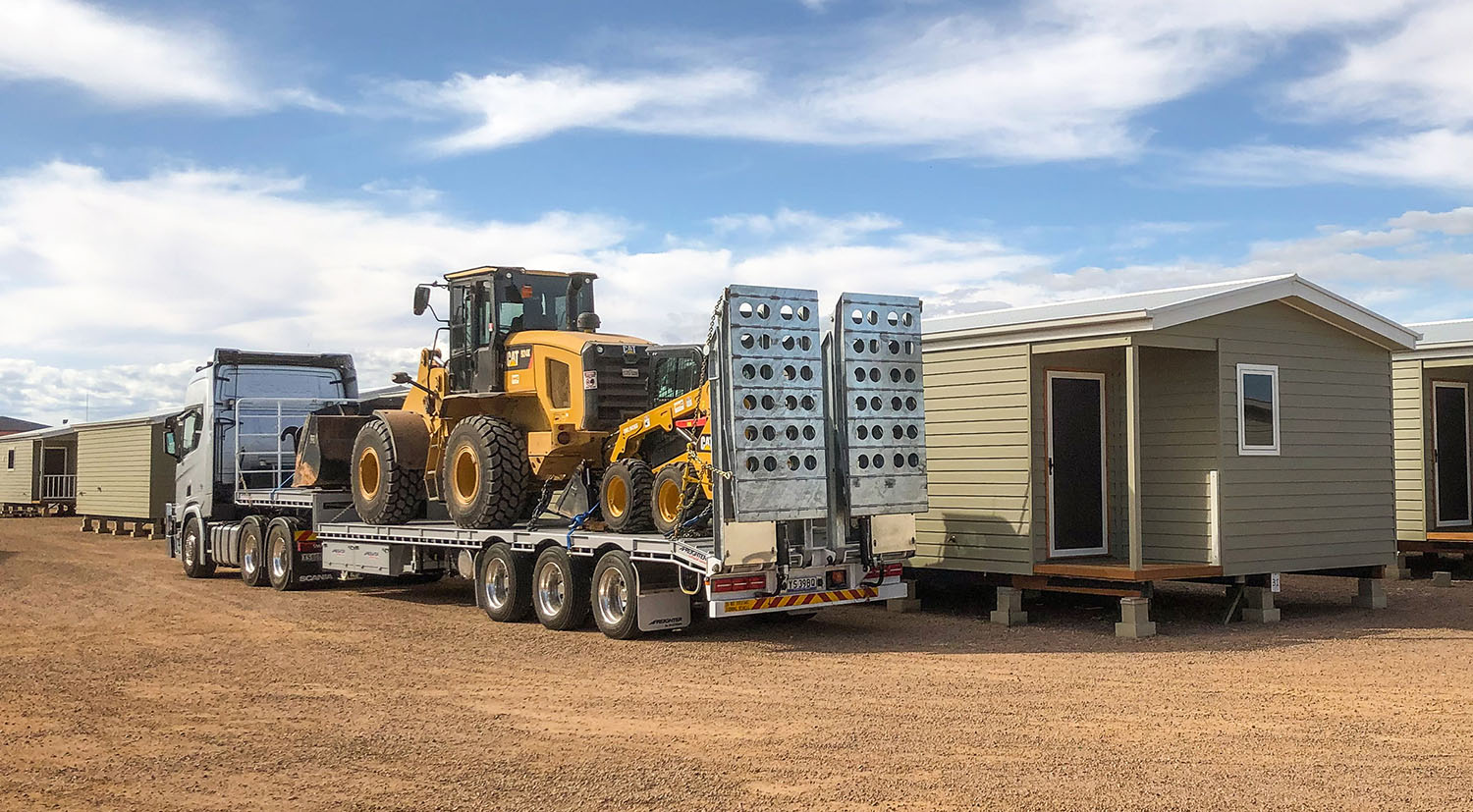 The Freighter Drop Deck Semi-Trailer is capable of delivering low tare weight and carrying high loads, machinery and silage. Featuring Freighter’s short, extra strong gooseneck, the Drop Deck Semi can be engineered to optimise pallet capacity and spacing on both upper and lower decks, based on specific freight requirements.

The wide spaced main beams combined with low profile frames, deliver complete stability and centre of gravity. Meanwhile, the use of durable cross members provides a more robust and reliable trailer. Hayden chose to include the optional pull out ramps to allow the load to be driven between the lower and upper decks.

“The quality of the workmanship is fantastic. Unlike some of the other trailers with ramps that we have used in the past, the ramps of the new Freighter trailer have shown no signs of rusting or physical damage,” Hayden says.

“We have been using products from MaxiTRANS for nearly 10 years and it was good to work with them again. They made the trailer exactly like how we wanted. The finished product is excellent. They’ve thought of everything and finished it on time. We trust Australian manufacturing and we like quality. We understand that cheap is not always the best so we are willing to pay for quality,” Hayden says.