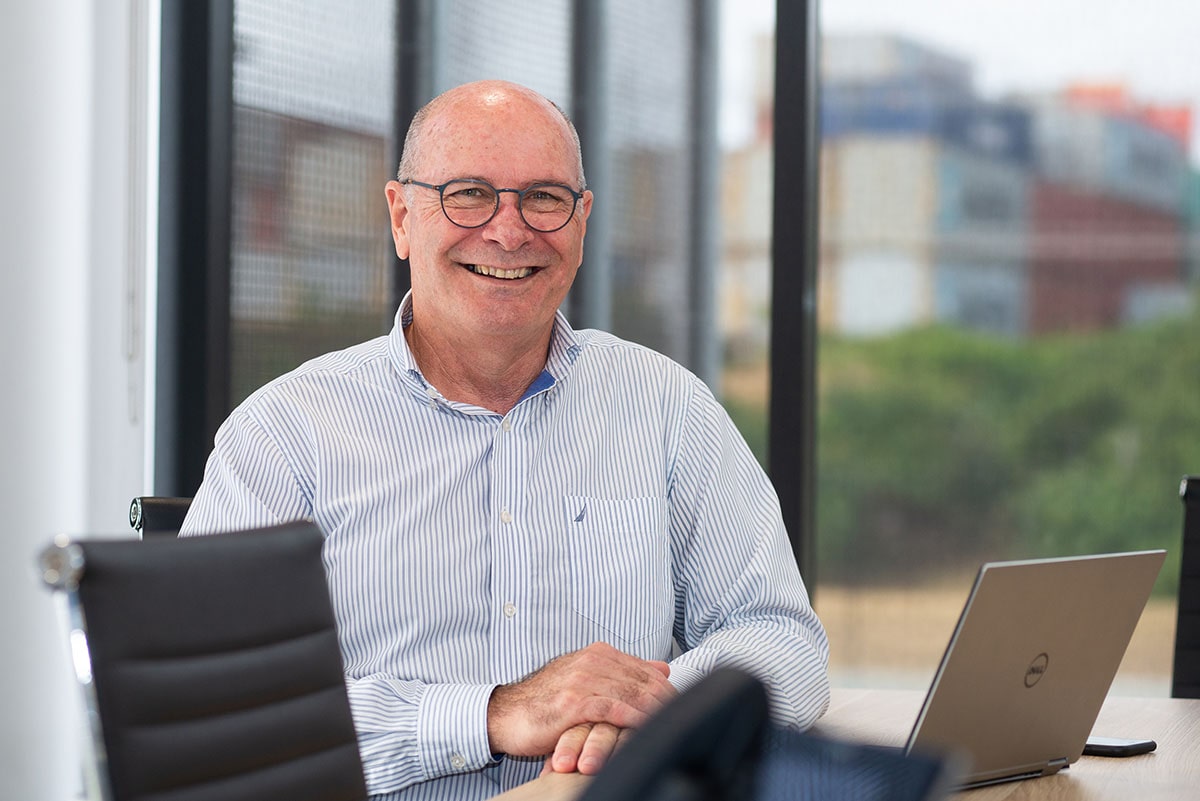 Kevin Manfield is the General Manager of Sales for MaxiTRANS. In this role, Kevin oversees the selling function for MaxiTRANS through a range of responsibilities which includes managing sales for MaxiTRANS products and services throughout the extensive national dealer network.

Kevin looks after company dealerships in New South Wales, Victoria/Tasmania and South Australia (including the Northern Territory) as well as independent dealers in Queensland, Mildura, Shepparton and in Western Australia.

With the national spread of dealerships and the widespread network of customers to look after, travel has been integral to Kevin’s workload. The coming of the pandemic has changed the travel component, now mostly carried out through Zoom/Teams meetings, emails and telephone hookups.

“Generally my job is keeping in contact with the sales people just to see how they are progressing and checking the management of deals with sales dealerships and sales people, either through meetings or various conversations that we need to do as a group, and even through direct contact.”

On a day to day basis, Kevin assists and supports individual sales people and management in putting together deals, including pricing, structure and specifications. When required, he assists with customer support and contact. 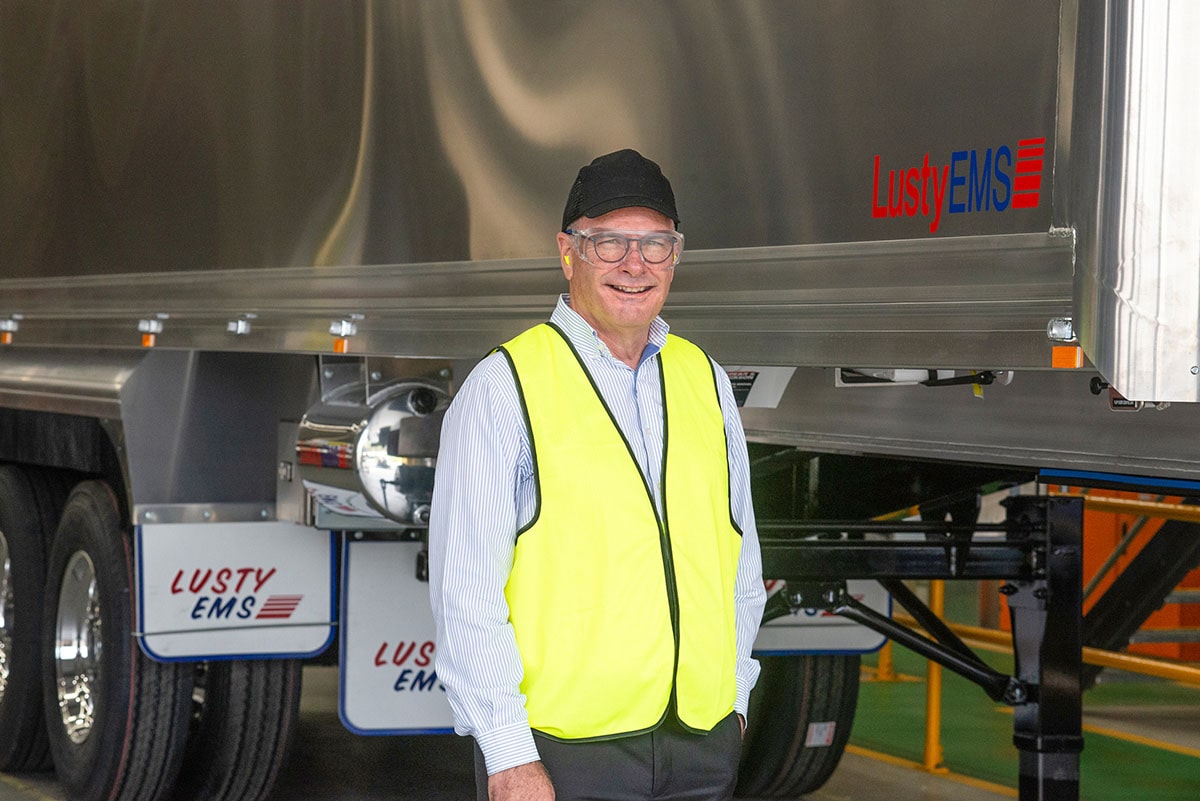 “Look, to be honest with you, I'm actually a tradie. I did a trade, worked on the shop floor and I worked my way into engineering. Then I moved through engineering and into manufacturing.”

Kevin came into the ancestry of MaxiTRANS four decades ago when he joined Maxi-CUBE. His introduction to Maxi-CUBE came when, working for a previous employer, he was involved with a joint-venture building insulated railway containers. Maxi-CUBE had the contract to build the panels.

“I was helping manage the project, doing a lot of design drafting,” he said.

Following the contractual involvement with Maxi-CUBE, the company approached him and offered a position at Maxi-CUBE’s Coopers Plains, Brisbane, facility. And so, in 1981 Kevin Manfield commenced working out of the Brisbane facility in a design and drafting role.

Established in that position, he was offered a promotion.

“I was asked if I would be interested in moving down to Melbourne.”

Accepting the offer, Kevin and his wife relocated to Melbourne and he began working in the Maxi-CUBE engineering department.

Another offer, another promotion and acceptance, and Kevin moved back to Queensland as State Manager for Maxi-CUBE. In this position, he ran the Queensland wing of the company including operations and the service department.

And in what was becoming a geographical game of tennis, Kevin again relocated. This time back to Melbourne as General Manager of Manufacturing at Hallam.

“At that stage we were in the process of acquiring Fruehauf Trailers. So we took on Fruehauf and the manufacture of these trailers was transitioned to our Hallam plant.”

The company went public at this stage before Maxi-CUBE acquired Freighter Trailers, and soon after MaxiTRANS was established. At this time, Kevin moved into a National Sales position.

In a restructure of the company after being listed on the Stock Exchange, Kevin took up the role as the Maxi-CUBE Product Manager.

Yet another corporate restructure saw Kevin Manfield move into the position of General Manager of Products and Markets for MaxiTRANS.

“I would have all the products under the brand reporting back to me. I did that for a number of years.”

And then Kevin moved into his current position as General Manager of Sales. 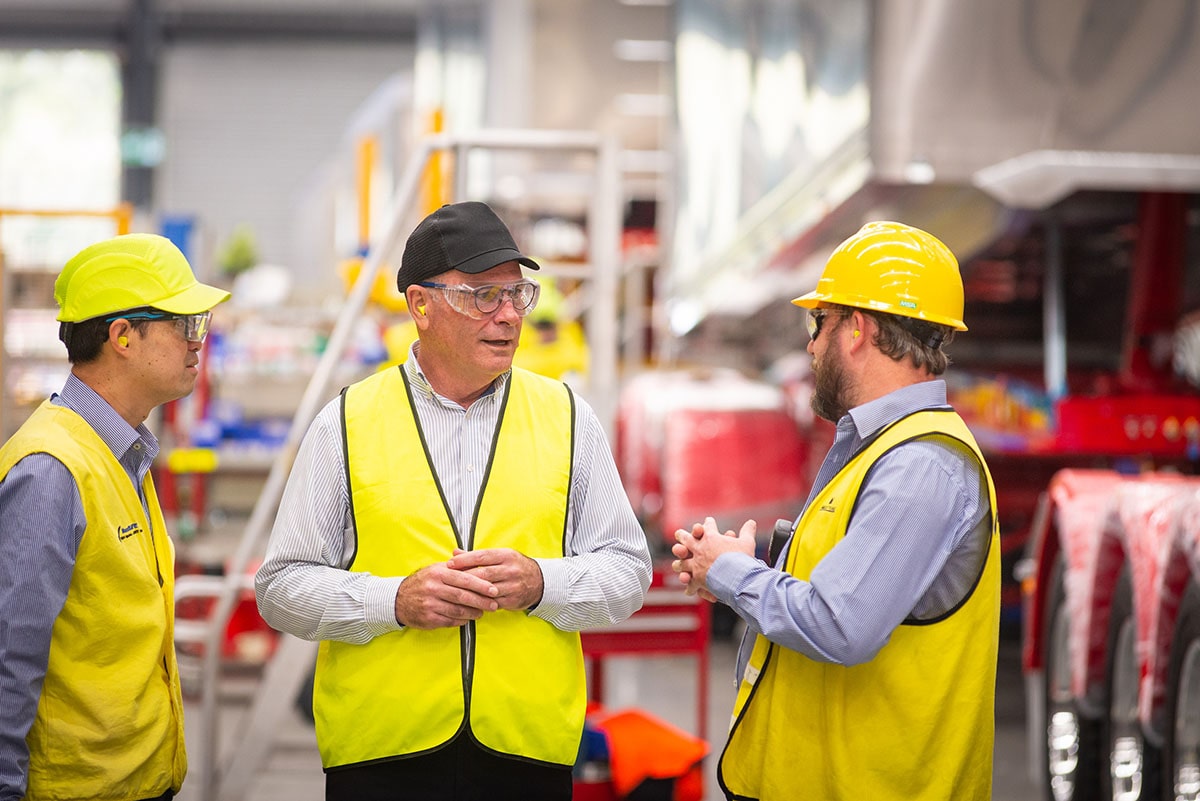 On the personal side, Kevin Manfield said, “I have a beautiful wife. We’ve been married just over 40 years now. We have a fantastic son and, he's a great guy. He's a paramedic. My wife doesn't work, she looks after me a hundred percent of the time!”

“The biggest challenge is trying to ensure that the industry is as efficient as possible. There are a lot of other forces at work now, especially for a manufacturer, mostly from globally sourced components.”

Being able to adapt products and processes to meet changing needs of the transport industry is also essential.

Kevin said evolving legislation across Australia is an ongoing issue with design and engineering of road products. He said compliance is now a huge challenge facing the transport industry in many jurisdictions.

“Performance Based Standards are gaining momentum today and are finally reaching some design and engineering maturity. We're very much on the forefront of that, and as far as compliance for equipment goes, I think as an industry, we need to all be on the same page.”

However, in spite of the complexity of engineering and sales today, as far as satisfaction goes, Kevin Manfield still harks back four decades to when he was making products on the floor.

“That satisfaction comes from designing and seeing something come at the end (of the process). Something that you have turned from an idea, an image, a plan into something that is actually tangible.” When asked about his ideas of MaxiTRANS as a workplace, Kevin’s answer is short and sweet. He said he absolutely would recommend the company as a place to work.