Meet Daryl Hotson - A Master of the Trade

When Daryl Hotson and his young family packed up their belongings and left the congestion of Sydney and headed north, the move was more of an adventure and finding education for their children than relocating for a job or a step up the career ladder. With a trade as a carpenter under his belt, he had no opportunities other than a vague suggestion of a part time job on a manufacturing site. At that time, he had not the slightest ambition, or expectation, he would take on a career training and mentoring workers and helping create a safe workplace.

That was 17 years ago. The Hotson family, children now educated and grown into young adults, is settled in Brisbane and Daryl is the Training Officer at the MaxiTRANS manufacturing site at Carole Park - the local manufacturing facility where the Company produces some of its market leading brands including Lusty EMS, Hamelex White and AZMEB.

The search for work led Daryl onto the factory floor at the Lusty EMS trailer manufacturing facility in November 2005. At that time Lusty EMS had recently just come under the MaxiTRANS umbrella. He started on ‘wheels and tyres’ in the assembly line, got his hands dirty, lost significant amounts of sweat and worked as the family settled into life in Queensland.

The temporary occupation turned permanent, and Daryl worked on the finish line.

“I enjoyed what I was doing. Learned more from the finish line and worked my way up through the ranks. I became a bay lead and was looking after the finish line, fitting out the trailer from start to finish.”

Daryl took on whatever job was thrown his way and over the years built up a wide knowledge of how everything worked on the factory floor. He moved to the afternoon shift and supervised the steel bay, alley bay, paint bay and the finish line.

“There were about 10 of us on the afternoon shift so I was supervising all that and making sure that everything ran smoothly.” 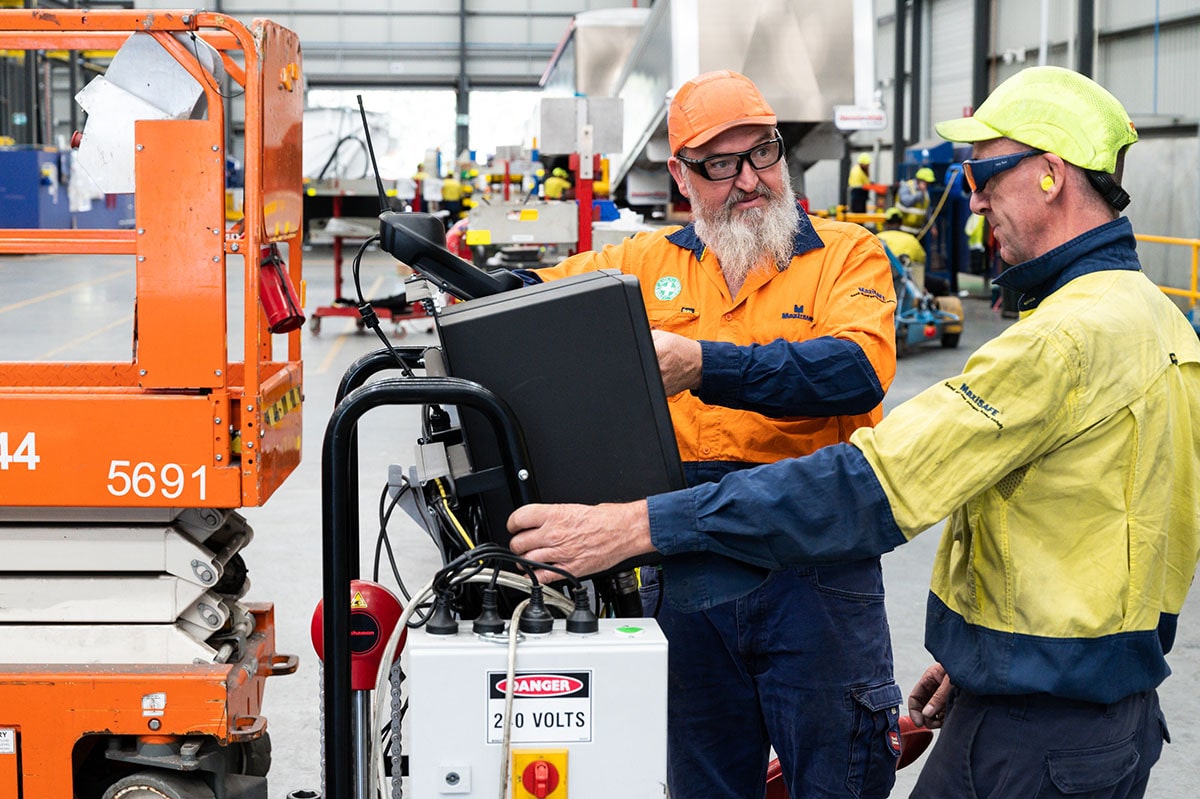 His wide-spread knowledge was put to further use by management. He became a ‘fill guy’ and there were few jobs in the factory that Daryl couldn’t fill if someone was away.

The area manager tasked Daryl with seeking out information and advising on upgrading processes, making them more efficient.

Moving into customer relations, Daryl commissioned trailers, making them ready for customer pick up. He would follow up with customer visits, ensuring they understood the operations of their new trailers to have them working to their optimum haulage capacity.

“When we decided to move from Sydney, in many ways it was like a step into the unknown. Looking back it was like following stepping stones into MaxiTRANS and the career path that was offered him, even though it was something of a zig zag path.

“It is a fun, exciting place to work. I’ve just sort of grown with the company, I’m part of the furniture I guess.”

The move from Sydney was not without some regrets in leaving his extended family. Daryl’s family still lives in Sydney. However, many of his wife’s family have relocated in the Sunshine State.

While Daryl is exuberant about his life with MaxiTRANS, he admits there have been challenges. Like all companies servicing the road transport industry there have been ups and downs. Transport accurately reflects national economics.

With the Pandemic, Queensland fared better than southern states, Daryl says the factory was able to maintain production although staff members disappeared for isolation periods from time to time.

Daryl brings wide, hands-on experience of the MaxiTRANS facility, its processes and culture to his current position as Training Officer. He considers the training he supplies is important to incoming employees. 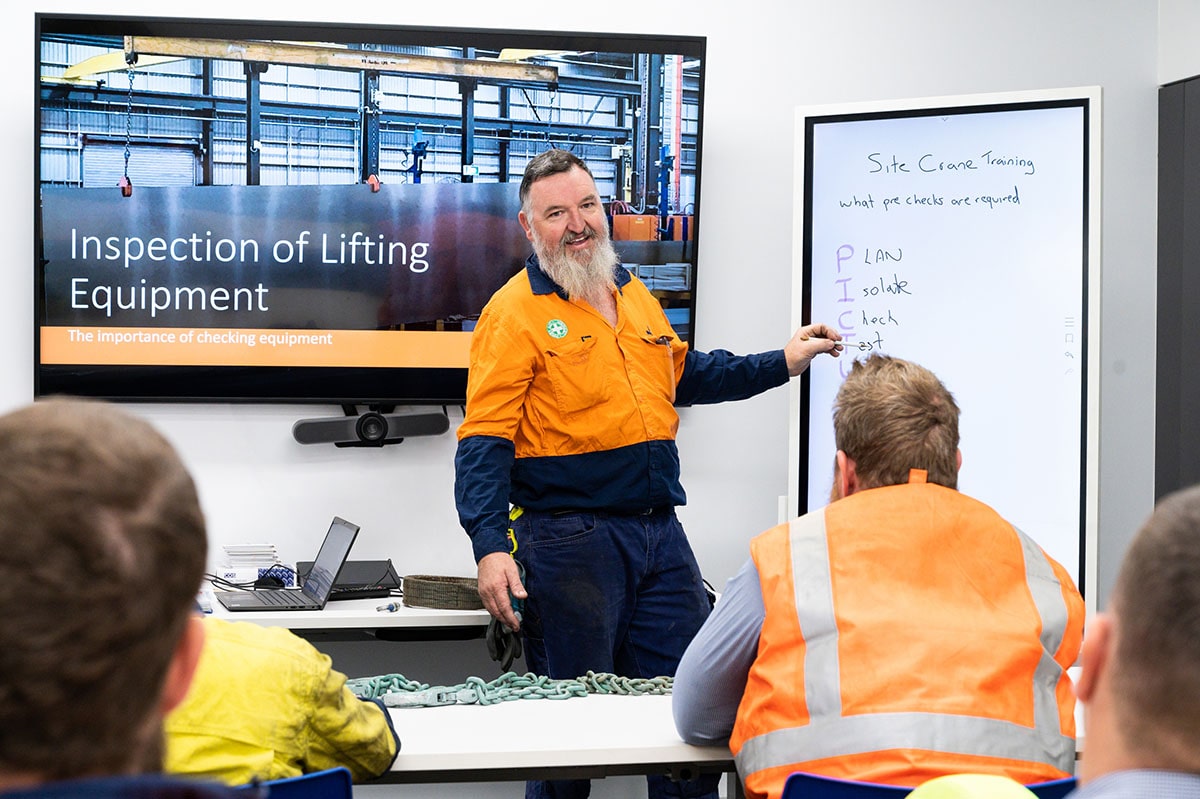 His training methods supply context to the manufacturing processes. The WHY you do something as well as the HOW. Daryl carries out all inductions for new staff members starting work at the Carole Park facility. He teaches workplace health & safety and a series of additional focussed courses. He says his goal is to bring new staff members into the MaxiTRANS family and ensure they have the knowledge to make the workplace safe and culturally appropriate.

Daryl says working for MaxiTRANS does have its challenges from time to time like any business. The ability to be flexible and embrace change is important.

It is a good, fun company to work for, you get recognised for doing your job. I have definitely found a career path through the company. And I am continually supported and given added training, particularly in assessing the abilities of employees.”

When asked, if he would recommend any appropriate job applicant to take on employment with MaxiTRANS, “Absolutely!” Daryl Hotson says.