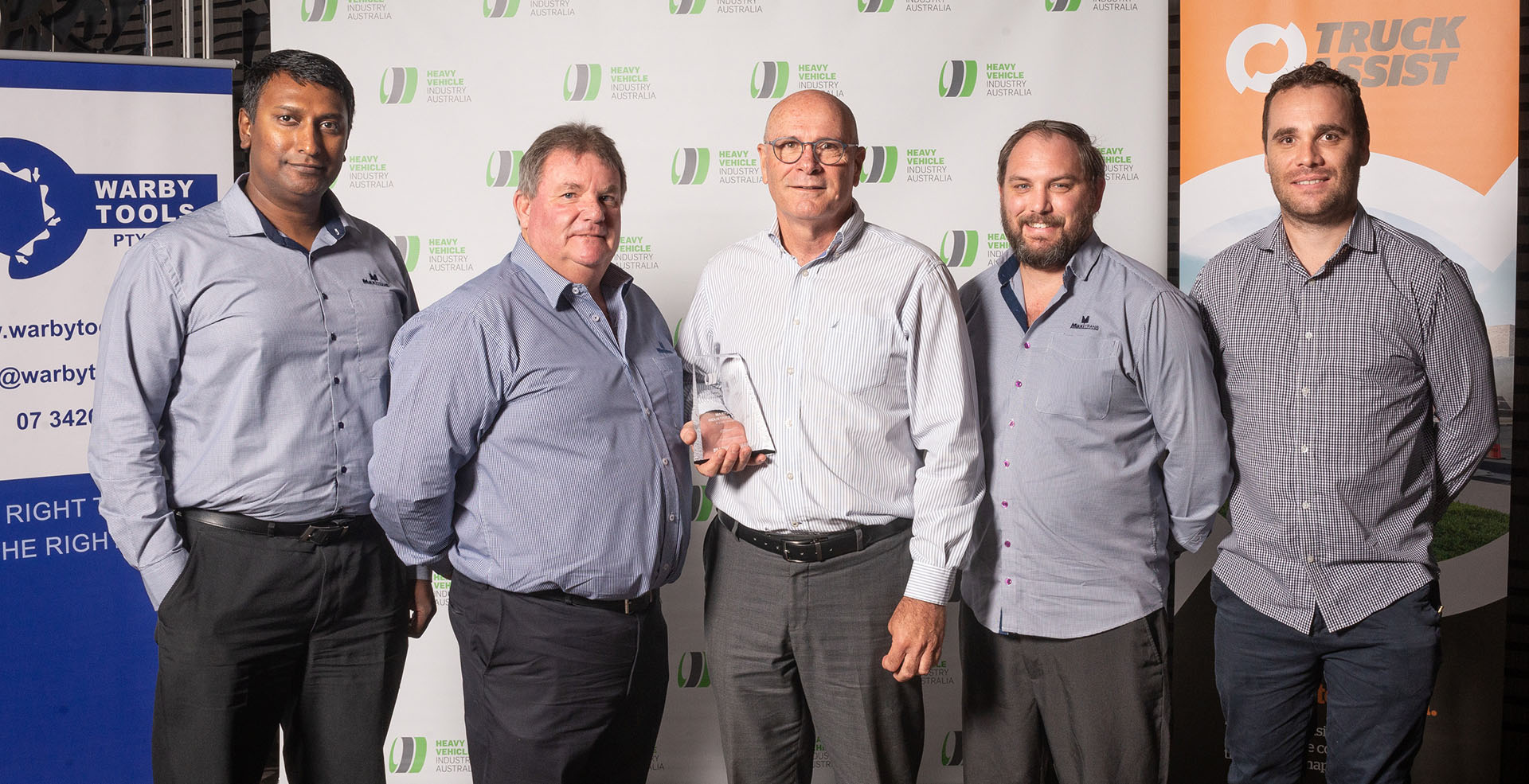 MaxiTRANS has received an award for Community Leadership at the 2020 National Heavy Vehicle Industry Australia (HVIA) awards ceremony held in November. The award was presented for MaxiTRANS’ support of local communities during the extended drought and bushfires, as well as its continued drive for mental health awareness.

Last Friday, 20 November, MaxiTRANS received the Community Leadership Award at the Heavy Vehicle Industry Australia (HVIA) 2020 National Awards breakfast. It was awarded to MaxiTRANS for its support of the many communities affected by the extended drought and bushfires, as well as driving mental health awareness within the road transport industry through the support of ‘RUOK?’.

“To say the past year has been a challenge for everyone would most definitely be an understatement,” said Dean Jenkins, MaxiTRANS Managing Director & CEO. “With extended drought, floods, bushfires and a global pandemic it has most certainly been a period in time we will never forget.”

“During this time it has been fantastic to see the resilience of people and communities who have come together in show of support for each other. At MaxiTRANS, our team is always looking at ways to help support those in need where we can.”

“We are extremely grateful to have been recognised by our industry for the work that we have done. More importantly though, it goes a long way to helping create further awareness of the need to continue to support those around us during these tough times,” said Dean.

Throughout last summer, MaxiTRANS donated much need supplies to the drought affected community of Trundle in central-west NSW in time for Christmas, as well as, in conjunction with the Australian Trucking Association (ATA), supplied semi-trailers to transport stockfeed and hay to affected towns during the aftermath of the 2019-2020 bushfires.

MaxiTRANS was also recognised for its on-going support of mental health awareness and suicide prevention.

To date, MaxiTRANS has raised almost $60,000 for ‘RUOK’ through its ‘RUOK? Day’ campaigns. The company commits to donating 1% of all trailers ordered or parts purchased on the day to the cause.

“I wish to take this opportunity to thank our customers, staff and suppliers for their on-going support during these challenging times. The whole MaxiTRANS team is proud of the efforts that they each put in to provide much needed support for those in need,” said Dean.