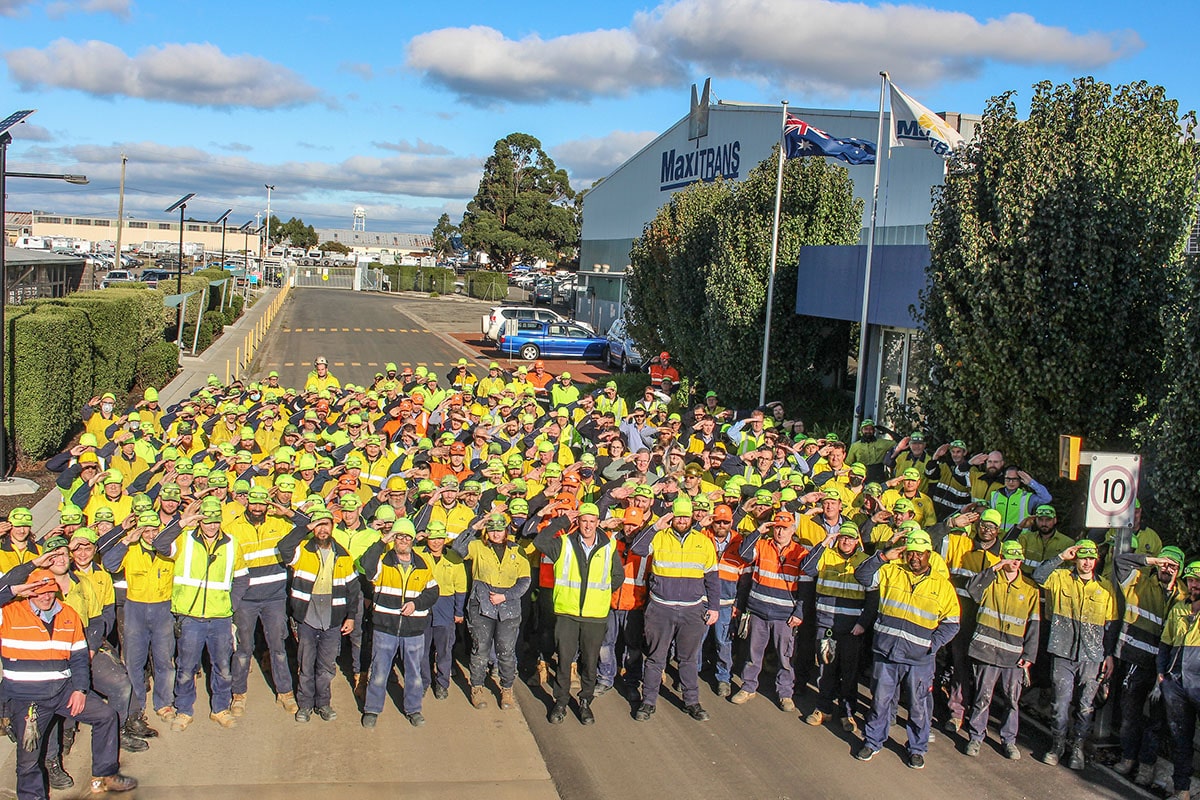 MaxiTRANS has announced it is donating $20,000 to Blake’s Army in support of the fight against Bone Marrow Failure. A charity organisation set up in honour of Blake Dridan’s battle, which aims to aggressively support the work of Maddie Riewoldt’s Vision.

“Bone Marrow Failure Has Declared War On Our Young, So Mark My Words, War Is What It’s Going To Get!” – Justin Langer

It all started with Blake Dridan, a 15 year old boy from Ballarat, in regional Victoria. In 2016, Blake was diagnosed with a disease known as severe aplastic anaemia (SAA). This first sign of the onset of this disease for Blake was bruising which his parents got checked out by their family GP. A phone call later that same day meant a rush to hospital as there were no platelets left in his blood and Blake was effectively bleeding out.

Since diagnosis, Blake has endured over 5 years of battling this relentless disease, where doctors recommended a bone marrow transplant as the course of treatment which brings with it many challenges. Blake’s Journey ahead is far from over, however his determination, perseverance and positive outlook on what he has been dealt is the inspiration for the establishment of Blake’s Army Limited. 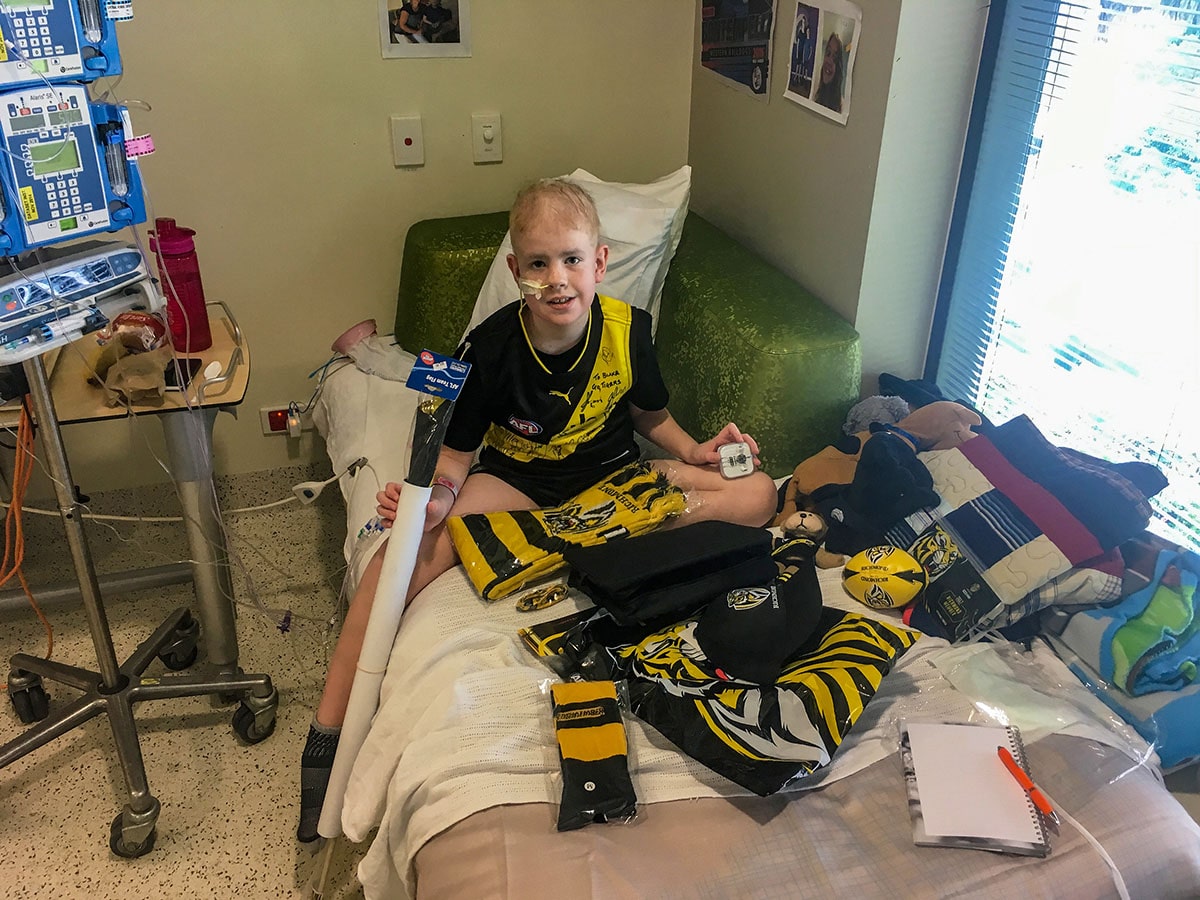 “Blake, your fight has inspired people from all over Australia…now it’s our turn to inspire you and all sufferers of a Bone Marrow Failure Syndrome.” – Lydia Lassila

Approximately 160 Australians are diagnosed a year, most of which are children and young adults. Sadly about 50% of people diagnosed will die from the condition.

Blake’s Army is an organisation that was set up in honour of Blake’s battle, assembling an army that will aggressively support the work of Maddie Riewoldt’s Vision by raising funds to enhance the research projects that they do towards finding a cure for Bone Marrow Failure.

The plan of attack is centred on the Blake’s Army Leadership Program, an initiative that supports the people and organisations that are the lifeblood of Australia. The program has been designed to unite Australian business and sporting icons with everyday Aussie heroes for the common cause of overcoming the threat posed by Bone Marrow Failure.

Blake happens to also be the son of long term MaxiTRANS employee Luke Dridan, who is the Sales & Business Analyst based in Ballarat.

“Over the last 5 years, my son Blake has been fighting so bravely against an aggressively relentless disease, said Luke. “The fight he has shown is nothing short of inspiring, so much so that an army of Australia’s sporting icons have offered support like I’ve never seen before.”

“Sensing the strain and helplessness that I felt, it was Paul Roos (former AFL player and coach) who first suggested the idea that instead of waiting for answers to solve the major issue we had to deal with, maybe there was something we could do to play our part in helping solve the Bone Marrow Failure puzzle.”

“For me personally, it’s impossible not to be inspired by Blake’s Army. To raise the funds required for further Bone Marrow Failure research, we are providing Australian front line workers, volunteers, blood donors and senior secondary students the opportunity to learn from, work alongside and celebrate with some of Australia’s most successful, iconic sport and business people.”

“MaxiTRANS is one business which has ridden the roller coaster of Blake’s battle since day dot of his diagnosis. The people of MaxiTRANS could not have done more to support Blake and our entire family, so to me, it is great to see MaxiTRANS is on board with us to finish the fight and help spread the word within the transport industry.”

“We wanted to throw our support behind Blake’s Army, not only for the work they will do to help further research into finding a cure, but also through their plan to give back to those in need of recognition and support within our communities, said Greg L’Estrange, MaxiTRANS Executive Chairman.

“Our plan is to help spread the word within the transport industry about the impact Bone Marrow Failure has on its sufferers. We have seen how our industry can come together in times of need and through this we encourage our staff, customers, suppliers and the broader industry to also throw their support behind this great cause,” said Greg.

“We would love to see as many members of Australia’s transport industry join us in Blake’s Army’s – Ballistic Battalion, said Paul Roos, Director Blake’s Army. “The Ballistic Battalion is a great initiative that invites 67 Australian businesses to partner with Blake’s Army Ltd. in their quest to raise funds for further Bone Marrow Failure research, but also to support the amazing volunteers, front line workers and blood donors chosen to participate in the Blake’s Army Leadership Program.  We are very proud of the fact that MaxiTRANS’ $20K donation has allowed 10 of Australia’s true blue heroes to participate in what promises to be an incredible program designed for some very deserving people.”

“The Ballistic Battalion caters for businesses of all shapes and sizes where the donation trigger points for the five tiers range from $5K right through to $260K.”

“These donations are fully tax deductible and it is rare that an opportunity arises to financially support such a noble cause, while providing an opportunity for deserving people from right around Australia to participate,” said Paul. “If you are able to join Blake’s Army, simply email info@blakesarmy.org.au to request your information pack.”

“We at MaxiTRANS are very proud supporters of this fantastic initiative and would love nothing more than to see the transport industry join us in making a positive difference to the lives of so many people,” said Greg.

MaxiTRANS will be part of an awareness campaign of the need for blood donations in support of the fight against the disease. The campaign will be rolled out nationally with a call to arms to register through Blake’s MaxiTRANSfusion where registered donors will be called upon to help top up blood supplies at times of need.

Those who wish to support Blake’s Army can do so via their website www.blakesarmy.org.au either by registering to become a blood donor or providing donations to support the great work of the charity.