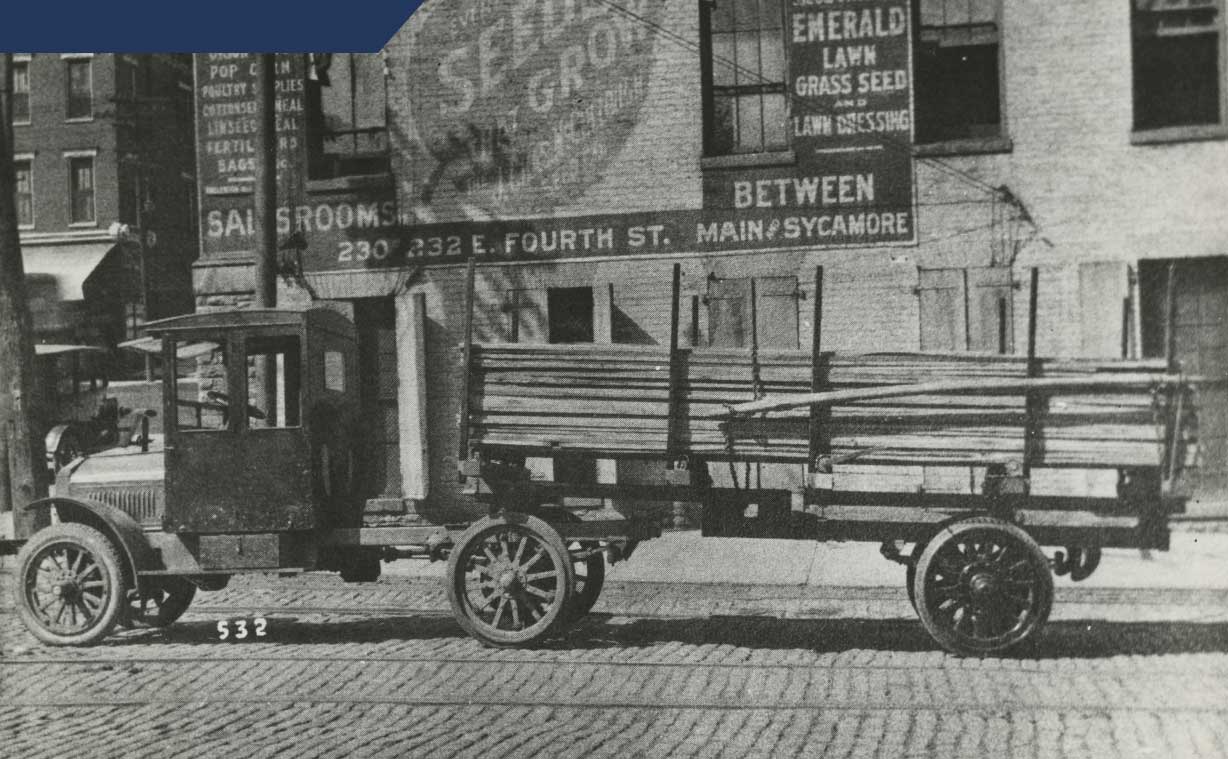 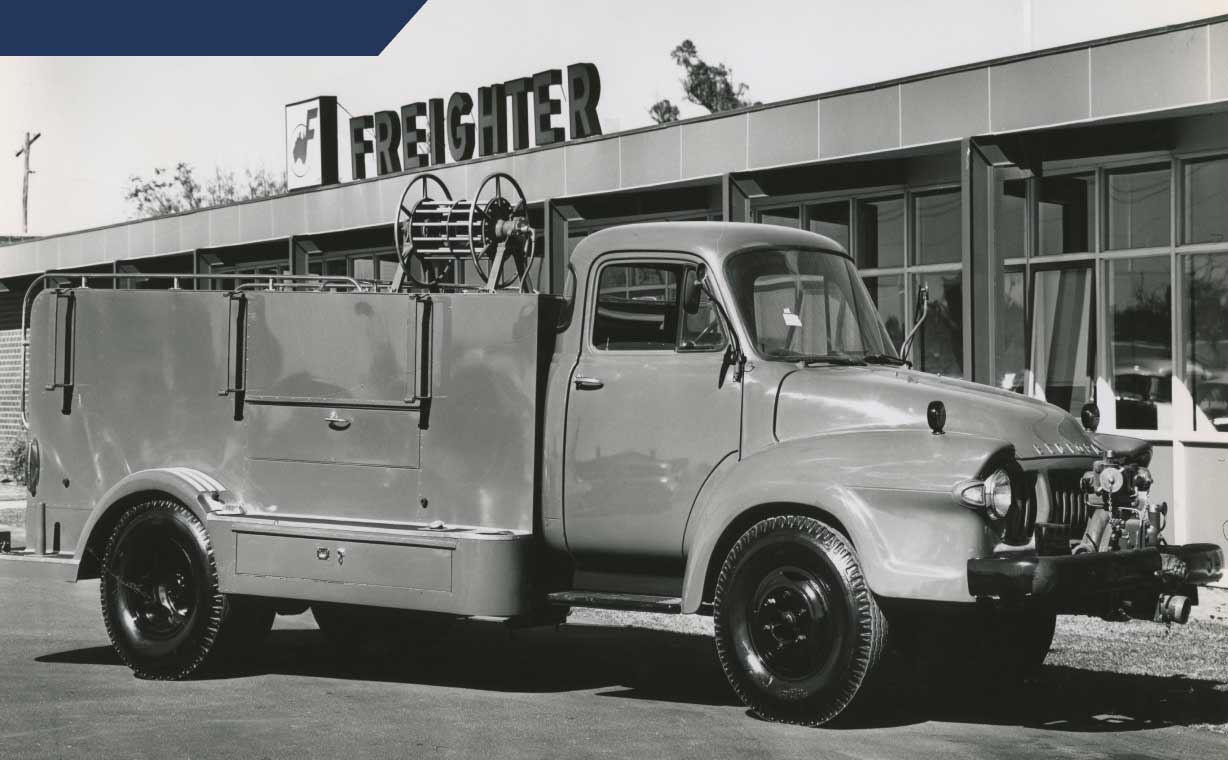 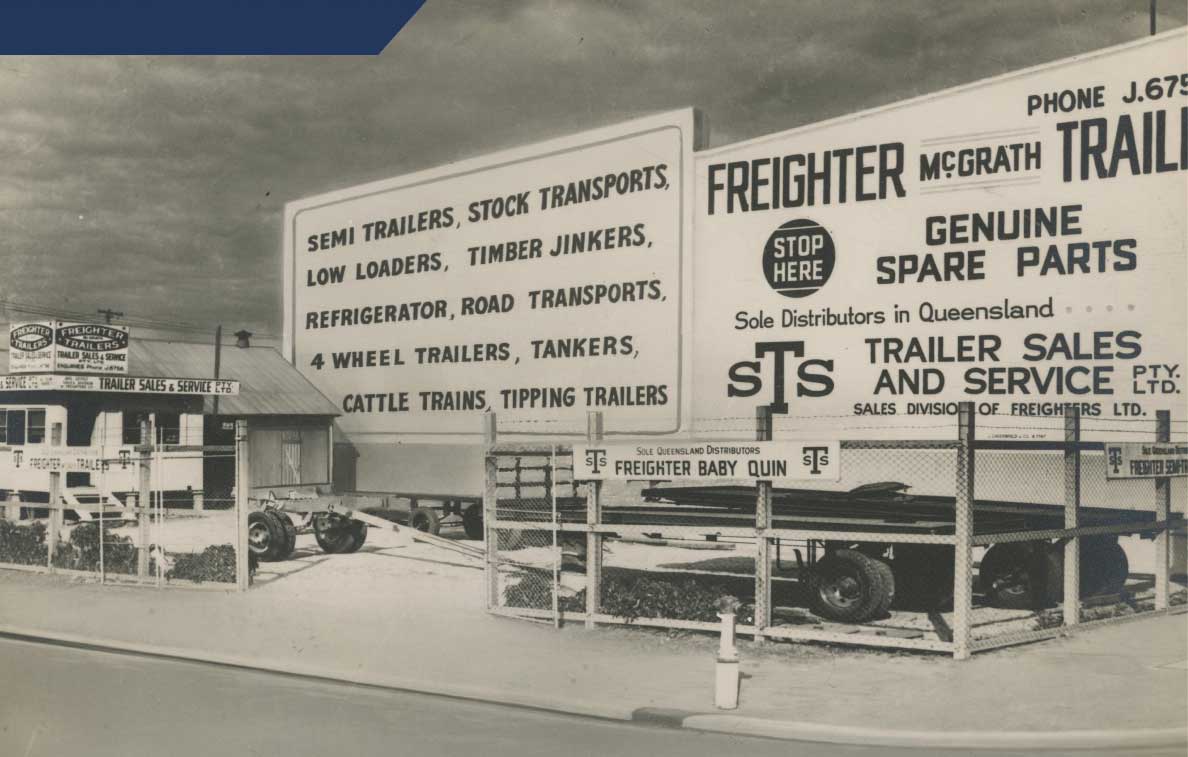 The year 2021 marks 75 years since the first Freighter products rolled onto Australian roads. Freighter’s history is clearly as long as it is rich, and that legacy is a key component of every trailer that rolls off the line today.

The origins of Freighter hark all the way back to before World War II, and its influence has been growing ever since. Truly national before any other manufacturer dreamed it was possible, the company didn’t limit itself to being the best in truck trailers. It also made boats, buoys, buses, forklifts, caravans, starting gates for racing tracks, wood heaters, and even had a crack at building its own 4WD vehicle. It’s said that during the 1970s, nine out of every ten truck trailers on the road were Freighter. Its influence on the industry remains undeniable.

Freighter was officially created in 1945, but the first products rolled onto Australian roads in February 1946. However, its origins reach back even further, starting with a man named John McGrath, who was born in Melbourne just as the 19th century turned into the 20th. Back then, an estimated 1.6 million horses, 6000 camels and 45,000 bullocks were providing the power behind freight, and a car trip between Sydney and Melbourne could take a week.

From scratching around to get by, McGrath had become the biggest trailer manufacturer in the country.

Post war, new roads and new regulations were created to formalise the transport industry. The developments didn’t suit John’s mode of operation or stage of life, so he decided to sell out of his burgeoning, but somewhat ramshackle operation. An enterprising man named Noel Peel saw things another way – with more structure around the already impressive operations, surely McGrath’s team of engineers, welders, fixers and makers could really shine.

They named their company Freighters Ltd (apparently after a champion racehorse of the time) and held their first AGM in late 1945. The main order of business? Buying McGrath Trailer Equipment. 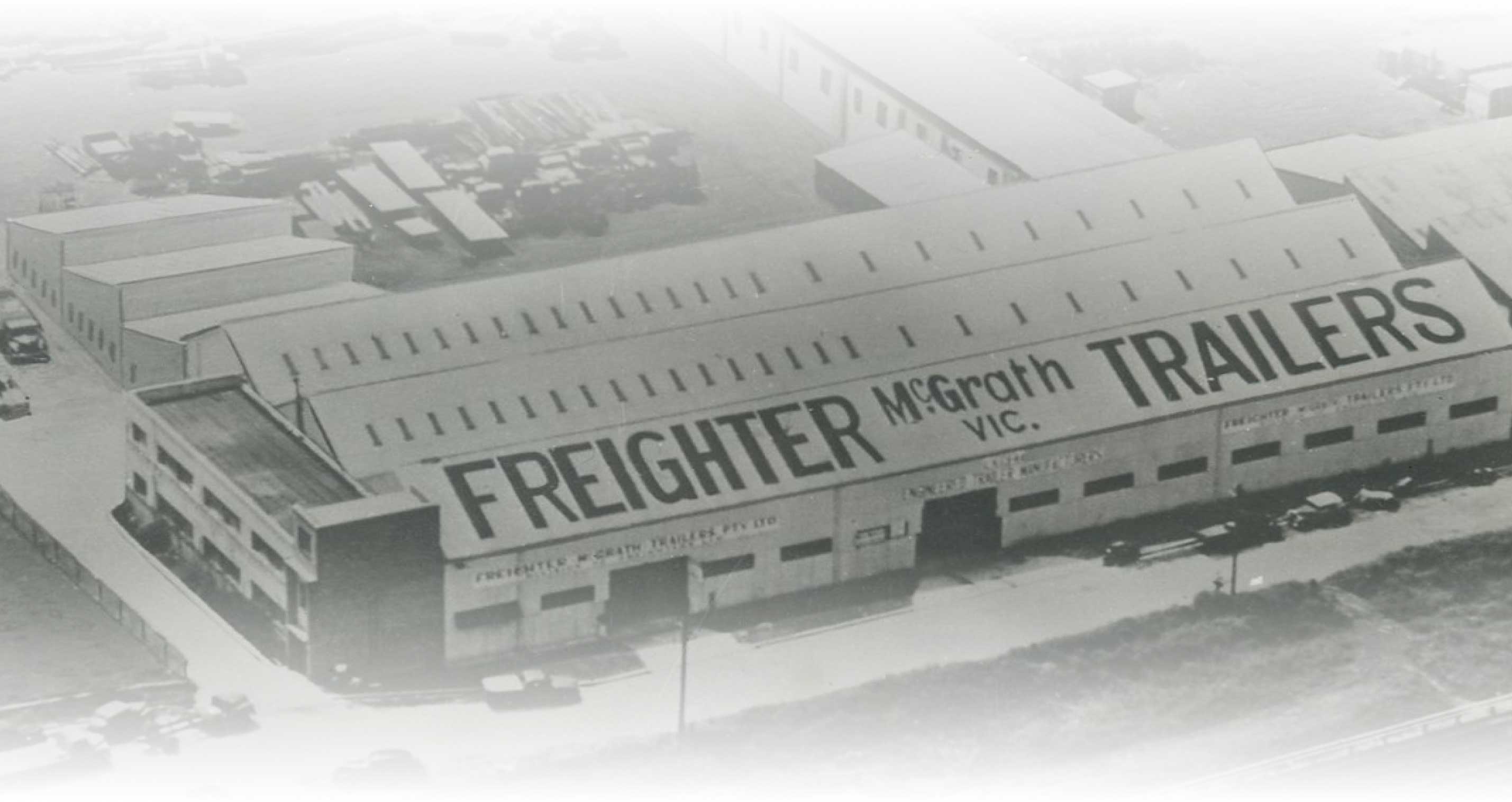 Peter White – an experienced industry professional – purchased the business in late December 1982 and in early January it was named Freighter Australia Manufacturing.

With Peter’s laser focus on costs and product innovation, as well as some inspired licensing arrangements (such as the relationship with Tautliners), by 1985 the new Freighter celebrated the manufacture of 600 trailers in two years. By the early 1990s, the business was on the up-and-up again.

More geographic and product diversification followed, and by the late 1990s Freighter’s performance drew the attention of a respected industry performer, Jim Curtis. Jim had created Maxi-CUBE, which had been ASX-listed in 1994, and was looking for a big step forward to achieve his growth aims. Freighter was a much bigger fish than Maxi-CUBE, but that didn’t stop him. In 1998, Freighter was acquired by Jim’s business. Later that year, MaxiTRANS was established.

Freighter’s standing was so well-established that its name was retained and Freighter products became a key component of the MaxiTRANS business. Its status continued throughout the 2000s, as MaxiTRANS underwent a period of significant acquisitions and growth. Freighter’s long and successful history is owed to its loyal customers. It is this support and legacy that Freighter continues to pride itself on and will continue to be a part of every locally manufactured high quality trailer that is produced. 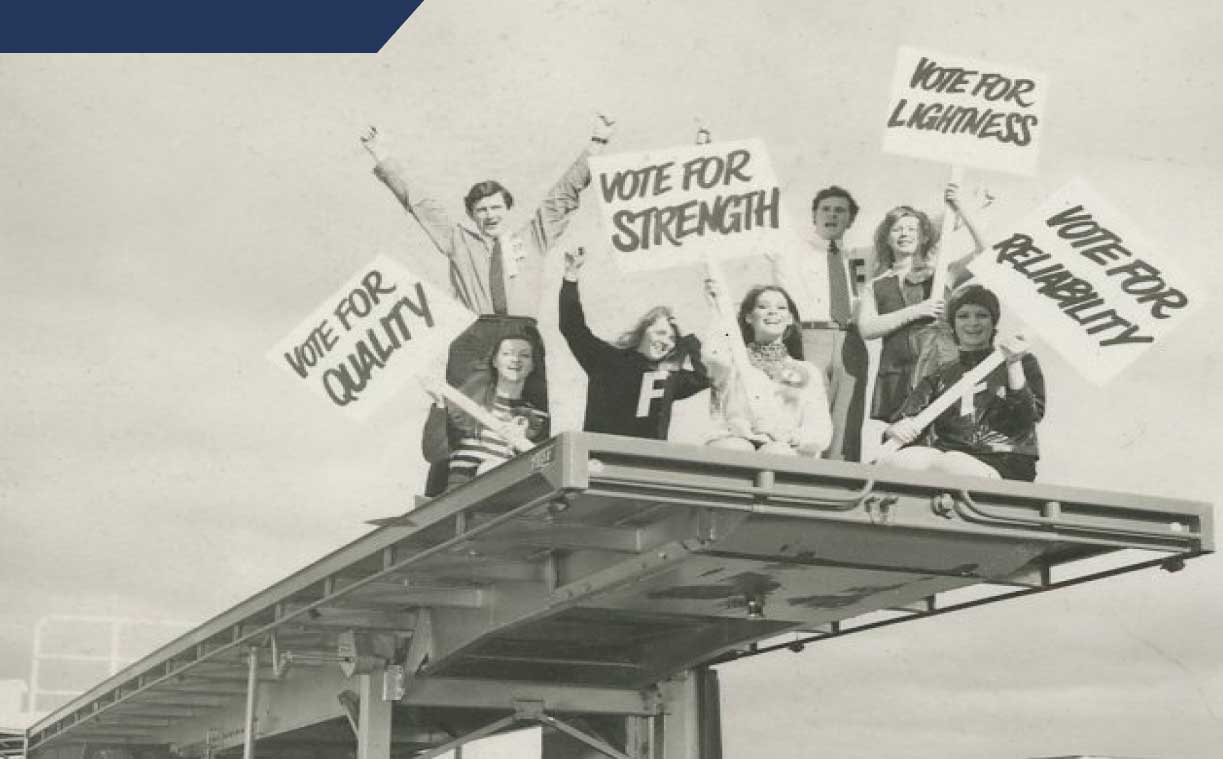 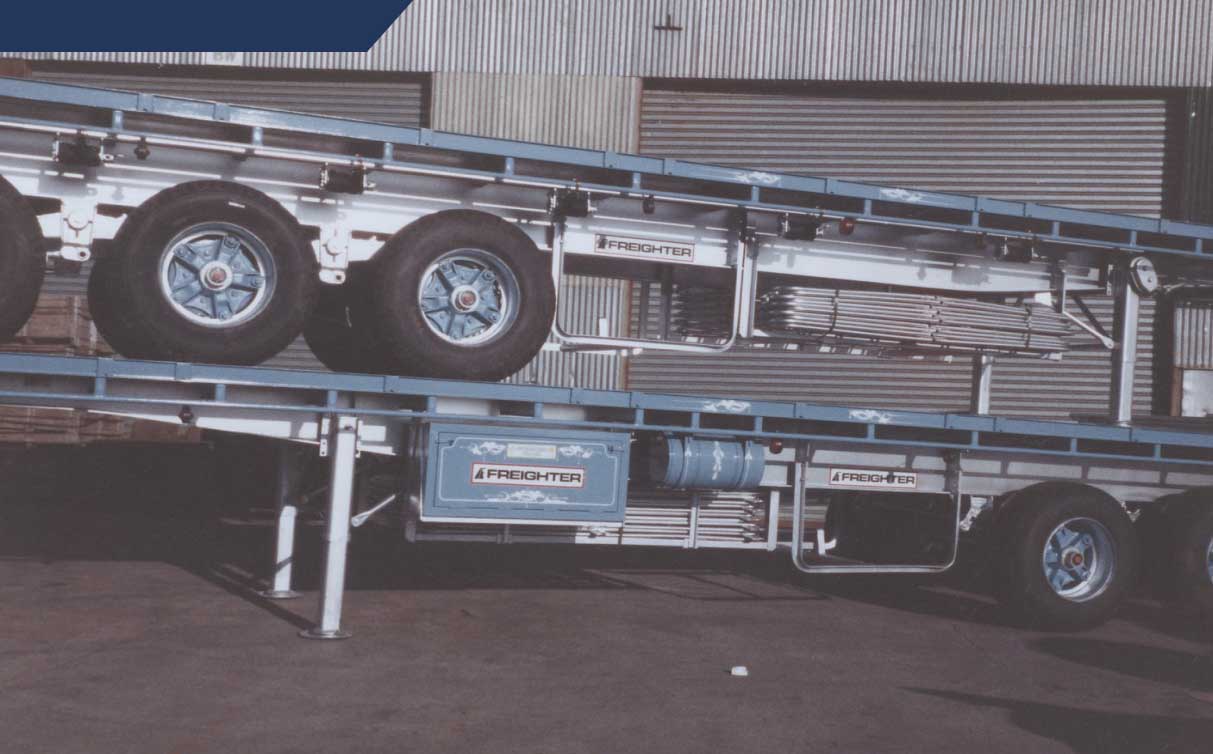